Overview
In early December of 2014 a mature Octopus bimaculoides native to the coast of California was delivered to Gillette Laboratory.  It wasn’t long before one of the undergraduates in lab decided to name the octopus.  After arguing over several different names, Jake was jokingly suggested, and it stuck.  Even though Jake was content with her new home, she began confining herself to a large abalone shell and began refusing food in early January.  It was during this time that we noticed Jake had laid close to 200 egg capsules on the underside of the large shell.  Over the next several months we watched as the eggs developed eye spots, chromatophores and eventually eight tiny tentacles.  At the beginning of April the eggs began to hatch.  Soon we had contained more than a dozen of the hatchlings in to individual containers with still several dozen more throughout the rest of the aquarium.  Now our goal is to attempt to raise as many of Jamel’s offspring as we can and this website is dedicated to displaying our progress toward that goal. 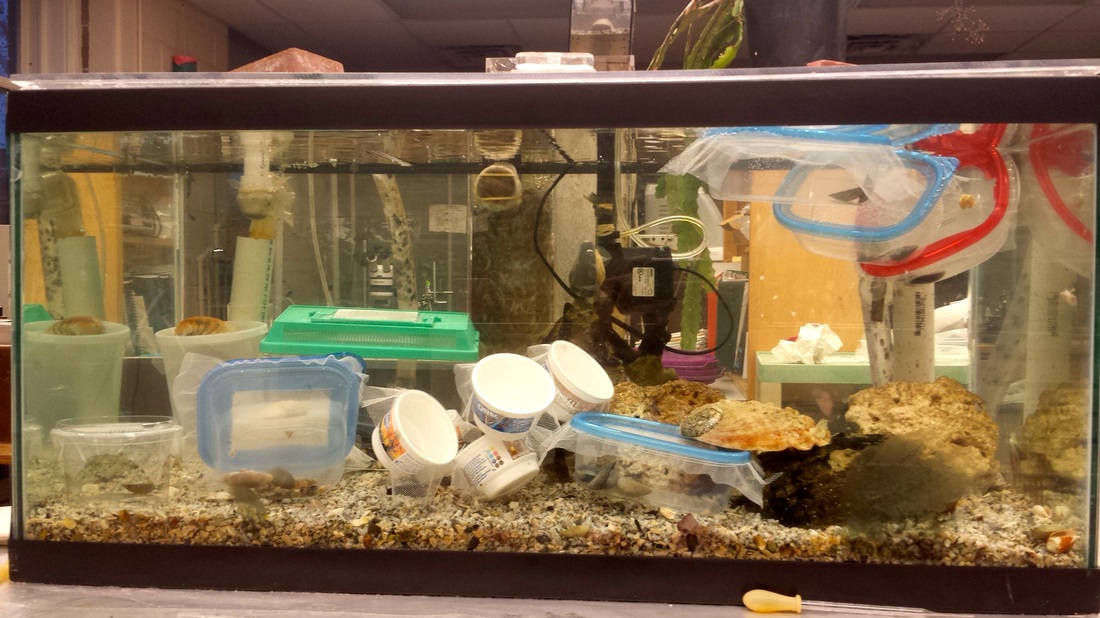 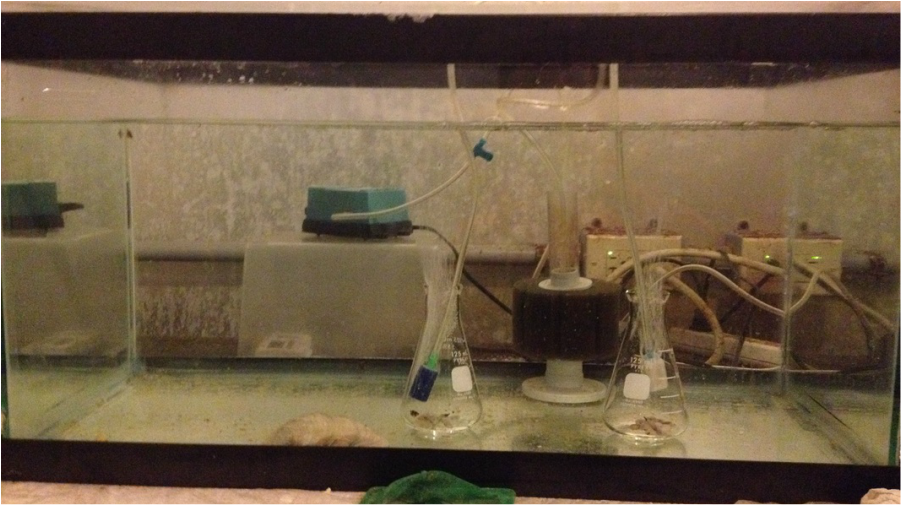